In 1996, The Blind Onion Pizza and Pub opened in Portland, Oregon, in the street level basement of a house near the corner of NE 33rd & Broadway. The owner of the house told the history of the space going back 60 years when it was the Cubby Hole —-a 1930”s bar, Weird Old Harold’s—a knick-knack shop, The Blind Onion—a coffee shop and most recently General’s Pizza.

After much contemplation and sleepless nights the name “The Blind Onion” stuck so an artist was found and the logo affectionately called Fred came to life.

It wasn’t until years later the truth was told of how the coffee shop really got it’s name. The two partners in anticipation of opening were in a quandary as to a name so they went on a fact finding trip to San Francisco, the hot bed of cool in the 50”s. They visited many bars, clubs, restaurants and coffee houses and really liked the name of two places. The Purple Onion and The Blind Lemon. After a week of vacation and untold amounts of booze they split the names and “The Blind Onion” was born. The rest ‘as they say’ is pizza history. 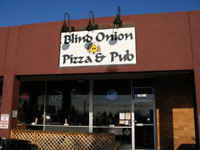 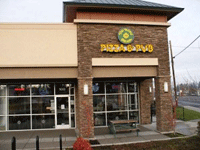 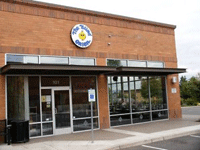 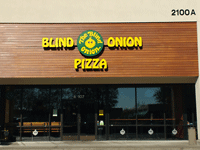